Scientists have long maintained that a prime mover or external force is not necessary in order to understand objective morality. There is little argument that an objective morality is crucial, and finding a way to navigate it without a supernatural system or divine command can be difficult.

A leading idea in the pursuit of this type of moral view and how to understand and apply it is the concept of “The Most Suffering for All”. This concept illustrates that a society that has more wellbeing and happiness for more people is further along the scale away from the most suffering for all and is therefore objectively a superior society to one that isn’t. This idea is expressed using The Upton Scale: 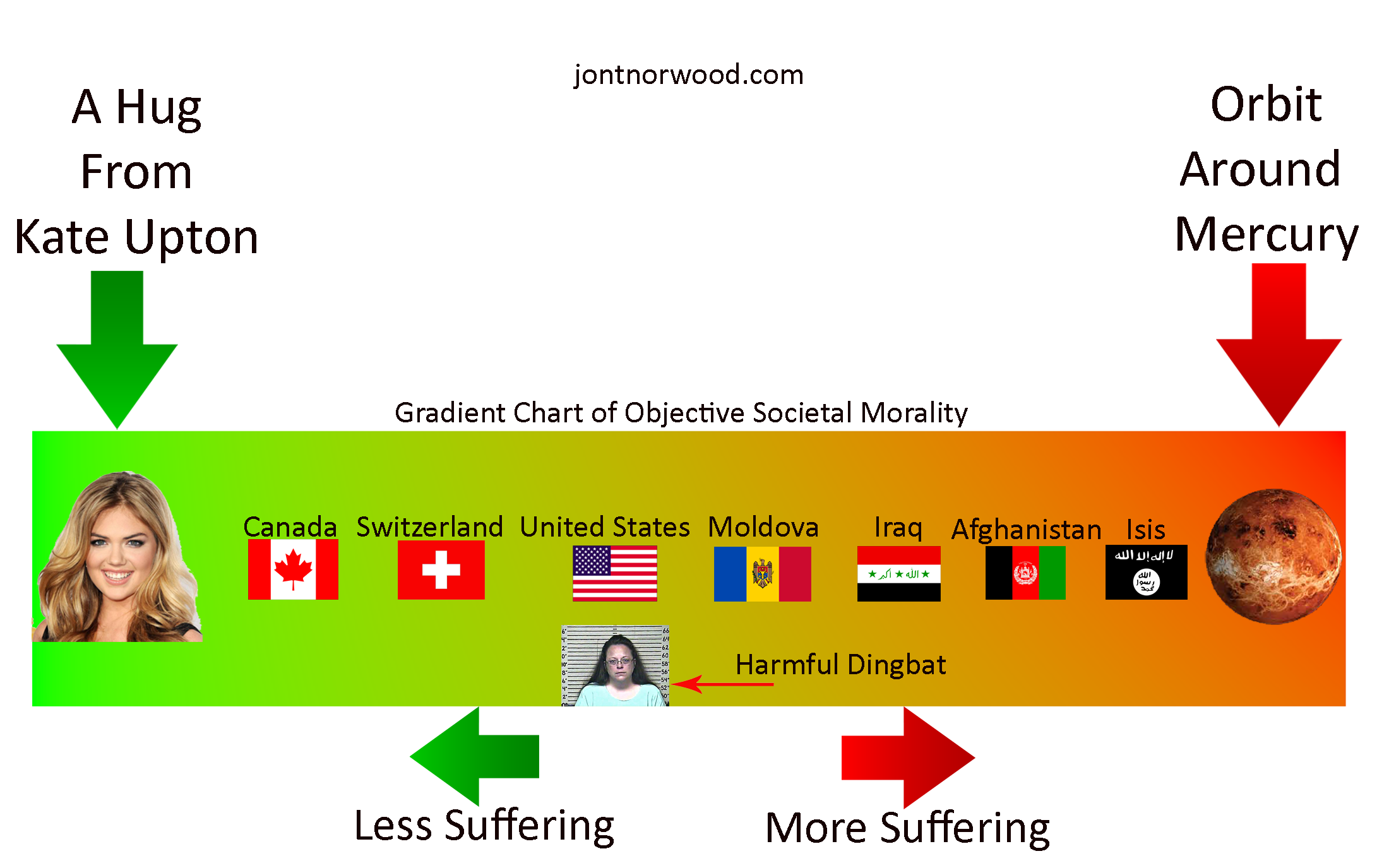 A society that subjugates women and punishes children for learning to read could then be placed on the scale somewhere in the deep red gradient area. A society that honors a member that doesn’t actually understand why she’s doing anything and is vocal about gay marriage on the same scale would be much further away from the most suffering for all, somewhere around the tip of “Harmful Dingbat”. Both societies are deeply broken and hostile but we can judge their morality in a relative way without a supernatural arbiter.

Dr. Sam Harris, a leader in the study of natural objective morality said, “The Upton scale is a good start. The hypothetical limits of Mercury and an Upton Hug are good but may need to be further analyzed. This is certainly a strong step in the right direction and a useful tool to better understand humanity.”

Isis was not reached for comment because we are terrified of them and if they want us to take down this chart just let us know and it will be removed immediately.

Before someone wants to argue that suffering is subjective we would remind you to shut up.