Fiercely Ignorant: A Handbook for the Militant Agnostic 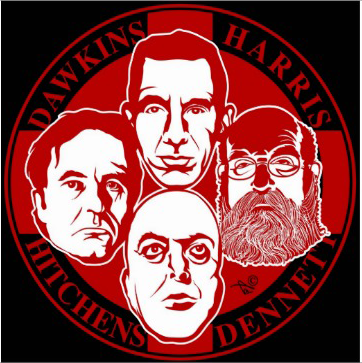 The Internet is alive with debates between the faithful and a new growing Atheist movement. The New Atheists, or the Four Horsemen as they are often called, are Richard Dawkins, Christopher Hitchens, Sam Harris, and Daniel Dennett. Unfortunately we are down to three horsemen with the death of Christopher Hitchens on December 15, 2011 from complications arising from esophageal cancer. The remaining three do battle with faith based chicanery and supernatural nonsense using logic and reason.

These Atheists believe that faith is dangerous and is the cause of many social and political problems that could be easily avoided. On this they are probably right. In fact they are probably right on all fronts as they rely on science, reason, evidence, experimentation, and reality based research methods. There is only one problem.

Science is wrong most of the time.

Before you throw me a bible and start singing bad folk songs I’m not anti-science, I’m pro-science. It just tends to be wrong for a very long time before it is right. Inevitably science gets to the truth and we benefit from things like electricity, the internet, the wheel, penicillin, and an understanding of modern avionics. There is a lot more but you get the idea.

Science isn’t revealed information from a supernatural force so it can be used to learn new things. It has the luxury of being wrong on one subject without disqualifying everything else learned on the topic. Science grows and becomes more beneficial over time because when it is proven wrong scientists get back to work and get it right.

The trick is to realize when science has it right. I think there is so much more to the universe than a single god or the absence of a god that we might miss the whole damn thing if we pick a side and start fighting.

That is what this section of the site is about and what I want to talk about. I don’t know what the hell is going on and neither do you so stop lying about it. In fact here is a multiple choice question, pick the one that is most likely to be true:

The smart money is on none of the above and if the sight of the other religions in the list along with your own made you double down and choose really fast you may want to take some time and think about what you are doing. Just ask yourself, “in an infinite universe is it likely we already have all the answers?” Spoiler alert the answer is no.

So here you will find the Handbook for the Militant Agnostic. A place where the warriors are confused and will attempt to spread that confusion.

If you think you know how everything turns out you are probably wrong, and so am I.